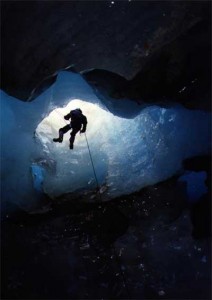 The most accessible caves are on the island of Java. Luweng Jaran in Central Java was discovered by a tem of Australians and is the longest known cave in the country. It has passages that stretch more than 20 km beneath Mt. Sewu, near Pacitan. Another cave, Gua Barat, has the longest underground river crossing in the southern hemisphere. This cave is located at Karangbolong by the Indian Ocean. The limestone massif near Gombong, 200 km west of Yogyakarta is impressive with its characteristic stone towers rising more than 40m above sea level. The cave is 320 m deep and 10 km long and contains a large waterfall-filled gallery.

Cave explorations have also strated in East Kalimantan below the Mangkalihat Peninsula. The cave at Ambolabong is in fact an impressive river cave where crocodiles and monitor lizards bask on the banks.

The two most famous but least explored caves in Irian Jaya are in Wamena in the Baliem Valley and another at the Bird’s Head Peninsula. Speleologists believe that they are some of the deepest caves in the world.