History has left its footprints across Central Java, an area rich in culture and tradition descending from a powerful Hindu and Buddhist past and more recent Islamic influences. Under the Cailendra and old Mataram kings in the 8th and 10th centuries the Hindu – Javanese culture flourished.

The rich and fertile plains of the region support an enormous population of over 30 million people. Surakarta, better known as, better known as Solo, is the cradle of Javanese culture in the province. The courts of Solo embody the noble value that the Javanese attach to grace and refinement, with the majestic ceremonies and royal festivals still held with great pomp and circumstance. Although no longer the seat of power it once was, descendants of the royal houses of Solo are regarded as leaders of Javanese culture and traditions, upholding standards of sophistication and conduct.

Semarang
Semarang is situated on Java’s northern coast and is called the capital of Central Java, as it lies just about halfway between the extreme east and west coasts of the island. In the older part of the city, near the harbor, you can still find an interesting collection of buildings dating back to the Dutch colonial era and the Dutch East Indies Company. The city offers evening performances of Wayang drama played by live actors, actresses and dancers at Ngesti Pandowo Theatre. For sport fans there are tennis courts in all major hotels and 2 golf courses located in the town’s suburbs.

Ambarawa Railway Museum
Fifty km south of Semarang, Ambarawa has locomotives of various types and ages, and it is still possible to ride on a cog railway between Ambarawa and Bedono, a village nearby. Prior arrangements should be made for groups. There are also a collection of antique telephones and other instruments used for railway communication. 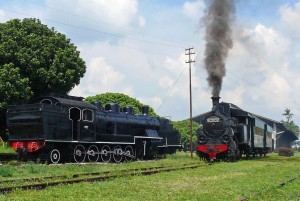 Solo
A pleasant city with a lively character, Solo is also called “The City that never sleeps”. One can always find something to eat or buy, as vendors of all kinds and small food stalls remain open 24 hours. Home of two royal houses with centuries of power and influence over the city, Solo today remains distinctly Central Javanese with an elegance all its own. It is one of the major centers of Batik and other Javanese fabrics, and souvenir hunters may find exquisite “objects d’art” and ornate trinkets in the local markets. Those interested in old Javanese and art should not miss Solo. 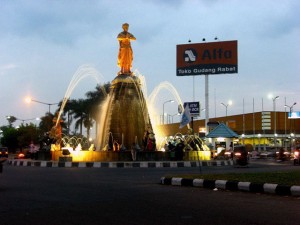 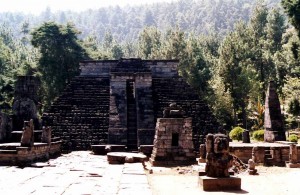 Kasunanan Palace
The royal residence of King Pakubuwono in the 17th century, the palace has an art gallery exhibiting royal heirlooms, antiques and other invaluable objects in a genuine royal Javanese atmosphere. 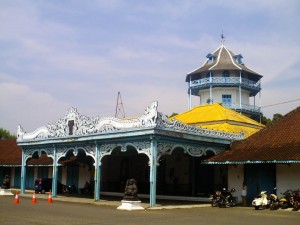 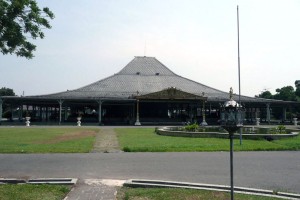 Tawangmangu
Located 40 km east of Solo, this recreational resort offers fresh weather, scenic views, swimming pools, bungalow styled hotels and restaurants. It lies on the slopes of Mountain Lawu, at an elevation of 1300 m above sea level. Other features include nearby temples, a national park and the 40-m high waterfall of Grojogan Sewu.

Sangiran, the Land Of Mistery
In 1891, Eugene Dubois, a French anthropologist discovered fossils of Phitecantropus Erectus, or “Java Man”. 1930 and 1931 marked the discovery of fossils of a man from the Pleistocene Period. In mid 1980, scientists were startled by the discovery of a complete 4 m tall elephant. 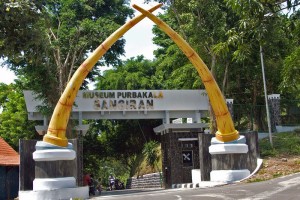 Bandungan and Gedong Songo Temple
This is a holiday resort on the slopes of Mt.Ungaran, about 900 meters above sea level. Gedong Songo (nine buildings), a group of small 8th century Hindu Javanese temples, can be reached either by car or on horseback from the town. Built at about the same times as the temples of the Dieng complex. Gedong Songo is one of the most beautiful temple complexes in central Java. The views alone are worth the trip.

Borobudur Temple
The name “Borobudur” is believed to have been derived from the Sanskrit words “Vihara Buddha”, (Buddhist Monastery on the Hill). The Borobudur Temple was built in the eight century by the Cailendra dynasty and is located at Magelang 90 km southeast of Semarang or 42 km northwest of Yogyakarta. One of the world’s most famous temples, it stand majestically on a hill overlooking lush green fields and distant hills. Borobudur is built of grey landsite stone. It rises in seven terraces, each smaller than the one below it. The top is the Great Stupa, standing 40 meters above the ground. The walls of the Borobudur are sculpted in bas-relief, a total length of six kilometers. The monument has been completely restored and was officially opened by the President on 23 February 1983. The restoration took eight years to complete, funded by the Government of Indonesia with aid from UNESCO and donations from private citizens and foreign governments. 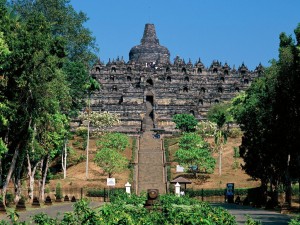 Located only three kilometers from Borobudur, Mendut is said to face toward Benares, India, where Buddha Gautama taught his five disciplines. The smaller temples of Buddha and the Pawon temple, form an integral part of the Borobudur complex. The three-meter tall Buddha and the two Bodhisatva figures of Lokesvara and Vajrapani are among the greatest manifestations of Buddhist thought and art.

Dieng Plateau
Four hours from Semarang is the Dieng Plateau, the site of some of the oldest Hindu temples on Java. These 50-foot high monuments stand on a crater floor amidst sulphurous fumes. The road to the Dieng Plateau passes through tobacco plantations and beautiful mountain scenery. 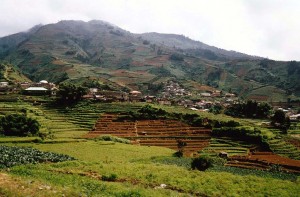 Central Java’s better hotels are concentrated in Semarang and Solo (Surakarta). The four-star hotels are the Patrajasa Motel in Semarang, Graha Santika and Kusumah Sahid Prince in Solo. The hotels have deluxe facilities, swimming pool and convention halls. Three and two star hotels have air conditioned rooms with attached bathrooms. TV sets and telephones, room service and restaurants. One – star hotels do not have all rooms with attached bathrooms or air conditioning.

For short trips out of Semarang within a radius of about 60 km, the following places are recommended: