KUTA is part of Central Lombok Regency which the Capital is Praya. The located about 70 km from Selaparang Airport/Mataram and also from Lembar Port can be reached by public transport. Start it from Bertais bus station to Praya Bus Station which takes in 30 minutes, and then you can go on from Praya to Kuta which takes at least 30 minutes by using bemo public transport which is available until 5.00 pm.
Kuta beach seemes to be the first Resort found when traveling to Mandalika Resort. Mandalika is derived from the name of a very beautiful princess in the glamorous legend of Sasak society, which nowadays use to name the chain of beaches as of Kuta Sunut, Seger, and Bunut Range of eastward of Aan beach. In this Resort of more than 1.200 Ha is planned to build of star hotels with its all luxurious facilities. 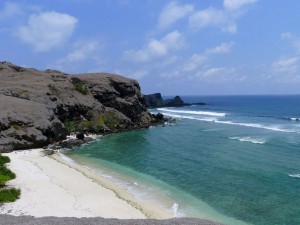 Senggigi Beach is located (lies) at West Lombok Regency, not so far from Mataram. This tourism object is growing up rapidly and giving some influences in terms of West Nusa Tenggara tourism. There are also several hotels and restaurants exist at this area. It has a crystal sands with a good and clear water, while we can see surrounding panorama and sunset with Agung Mount background. There are two interesting places at senggigi which often visited by Lombok people, they are Makam Batu Layar and Batu Bolong. 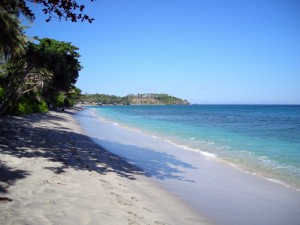 Bangko-Bangko/Dessert
PointNormal left handed barrel, 6 – 7 foot on a big swell. Best for experienced surfers, it take about 3 hours from Mataram and 4 hours from Kuta with car. There is no accommodation so camping equipment and food is necessary to bring for camping on the beach Really nice sunset (and not crowded) 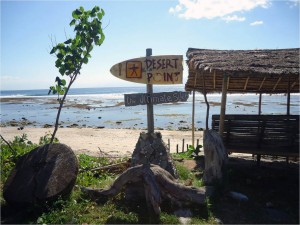 Maui
Left handed barrel, 5 – 6 foot, some tube in the big swell / normal swell. good for beginners, fast/quick waves, good when high tideNice and not crowded, good for swimming as well. Closest accommodation is Kuta, 45 minutes away

Mawun
Two points in a small bay. Right handed and left handed, need big swell. 3 foot in a big swell, good for surfers on all levels. Nearest accommodation is Kuta 30 minutes away. Nice beach,good for swimming.

Air Guling
Two points left handed 4 – 5 foot. Tube in a big/normal swell. Nice beach good for swimming.The best option is to rent a boat from Kuta. It is possible by car, it takes about 30 minutes, the road os in a bad condition and need good car.

Kuta Left handed waves, 2 – 3 foot big/normal swell. Possible to paddle from the beach but usually people take a boat. Good for all surfers, good for fishing trips too.

Tanjung A’an
Needs big swell. There is both left and right handers. 2 – 3 foot in a big swell Very nice beach with white sand. Good also for snorkeling and diving. 4 km from Kuta. The Braves are close to the beach. Very good for beginners.

Gerupuk
Three break points, two of which are right handers. One is called Bumbang break, the other; Prigi the third is a left hander,called la costa.You can take a bemo from Kuta to the fishing village Gerupuk and take a boat to the sports from there. Good for beginners. This is probably the most popular place around Kuta good fun. 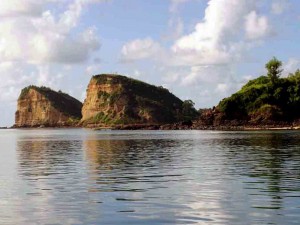 Ekas
Two points break. Outside Ekas is a 5 – 6 barrel left hander inside Ekas is left and right handed3 – 4 foot in a big swell. Better for experienced surfers, nice andquiet place.

Seger beach
Seger beach is very closed to Kuta Beach. This beach is 15 minutes walk from Novotel area through a lovely wood bridge. Every 20th of the tenth month in Sasaknese calendar, a care event held before down attracting many visitors (domestic and foreigner) to see and caught the Nyale.

Silung belanak
It is located in a bay between two hills. It has an exclusive panorama and a white the woman potters pass down their skills from mother to daugther in a traditional called “turun temurun”.