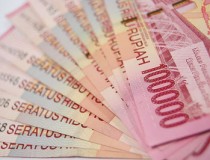 As the most populous area of the island the southern part Bali is where most jobs are to be found, mostly in the hotel or tourist industry, aside from the major farming industry. Smaller scales of home businesses are also in the trend such as textile or garment, handicrafts and souvenirs, providing Bali’s economy with more than 200,000 jobs, and exports have been increasing around 6,7% (data August 2006 – August 2007) valued at around US$ 380 million. Of the total foreign exchange earners, textiles and garments […]